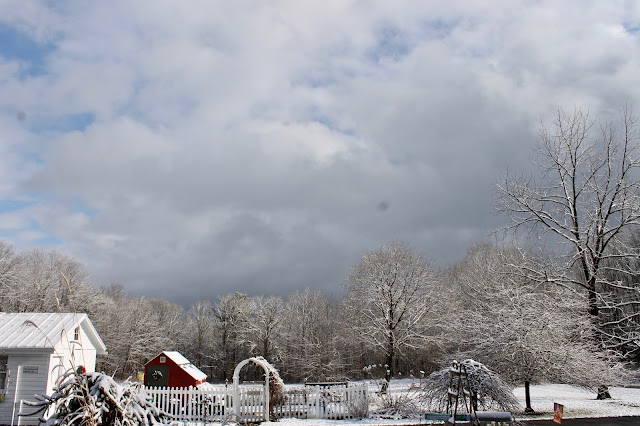 It's the eve of a new decade and several television channels are looking back on events that took place in 2019.  It may not have been the best for our country, but it was a wonderful year for my garden with awards from garden organizations and a photo shoot for a national magazine. Each month, in spite of the unpredictable weather and other setbacks, the gardens couldn't have looked better. I attempted a few new projects, such as creating a rain garden, as well as working hard to maintain the tried and true. I've assembled some photographs to illustrate our fantastic year.

JANUARY
I forced bulbs and grew a winter indoor garden of amaryllis and paperwhites that flourished well into January and beyond. Several winter-blooming houseplants such as poinsettias and Christmas cacti added more color. I place green houseplants in any room that has enough light, doing all I can to get my plant-fix all year round.

FEBRUARY
February welcomed the 22nd Annual Great Backyard Bird Count. I have participated in this citizen science project for many years. With other birdwatchers of all ages around the world, I count birds in my backyard to create a real-time snapshot of where birds are. The statistics are amazing: last year there were 210,030 checklists submitted, 6,850 species and a total of 3,248,537 birds observed. The Cornell Lab of Ornithology and the National Audubon Society use the data to understand birds' complex distribution and movements. I urge you to take part in this fun and valuable event. The next one is February 14 - February 17, 2020. Go to gbbc.birdcount.org to learn how to participate.

MARCH
March 2019 came in like a lion with a blanket of snow. As the white stuff melted, the first snowdrops and crocuses were revealed. There were hellebore buds and many other signs that winter was coming to an end.


APRIL
April 2019 brought a bird that we didn't want to see in our garden. A large blue heron stole several large koi fish from our pond. We placed a decoy heron on the bank and it didn't return. Duane placed more clay pipes, rocks, and places for the fish to hide deep on the bottom. We no longer cover the pond with a net because a heron will spear the fish through the net and mutilate the poor creature as it attempts to pull it through the holes. Nature can be very cruel.

MAY
It's become a tradition that Grandson Jonathan visits Memorial Day weekend to help plant the vegetable garden. This year he also made a new miniature garden and redid his established ones. Here are three of them:

Spring was extremely wet and soggy, so my May project was the rain garden. I installed it to collect water that was flooding a cottage-garden bed -- indicative of the changing weather patterns due to global warming.

I planted the rain garden with native plants that tolerate both wet and dry conditions. By the end of June they began to fill out.

JULY
July brought renowned photographer, Rob Cardillo, to take pictures of our gardens for Country Gardens magazine. The two-day shoot was very exciting and extremely interesting. Stylist, Samantha Thorpe, staged the shots. Sam will write the story for the magazine that will be published in their Summer 2020 edition.

In addition, a local TV program, Pocono Landscape Challenge, filmed a 30 minute show featuring me in my garden. You can watch it HERE.

A great many pollinators: humming birds, butterflies, and bees, visited our gardens this summer. We had lots of monarch and swallowtail caterpillars, too.


SEPTEMBER
But all was not perfect in my 2019 paradise. The invasive Japanese stiltgrass that is spreading rampantly through our fields and Woodland Walk began to encroach on some of my flowerbeds. I'm trying various control methods, one of which is cutting it down before it goes to seed. Unfortunately, some of it had gone to seed before Duane could remove it with the weedwacker. I believe it will be my biggest challenge in 2020.


OCTOBER
On a happier note, the cosmos were glorious and lasted until the first frost in early November. 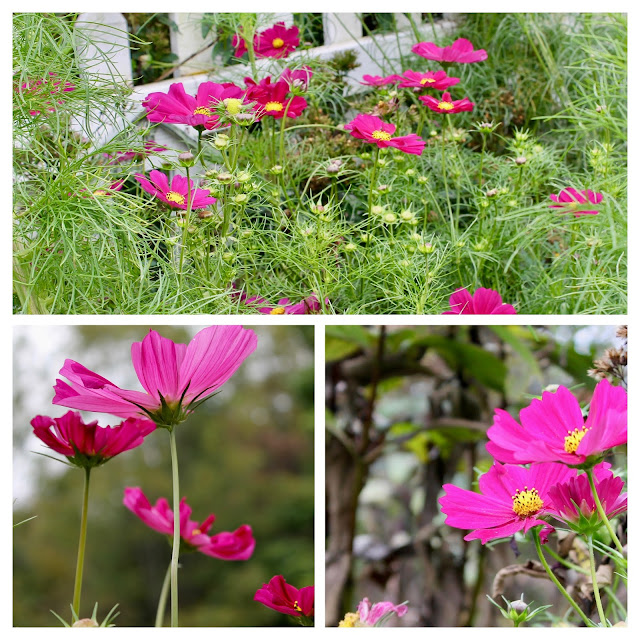 October, however, brought good and bad news. I'll start with the bad news: the tree company felled the catalpa that shaded the garden on the west side of the house. This is upsetting on several levels. First, we already lost the silver maple that stood alongside the catalpa tree; together they provided the BEST shade. All the plants that were under their canopies are shade lovers. Second, the silver maple and the catalpa were part of my husband's childhood -- with memories of a hammock and shady places to play in hot summers. Third, the branches of the catalpa framed the garden room's French door.  I would sit in my favorite armchair and take photographs of the birds that rested on the branches as they waited their turn on the bird feeder. I haven't been able to take such natural pictures anywhere else. Yes, the catalpa will be sorely missed. 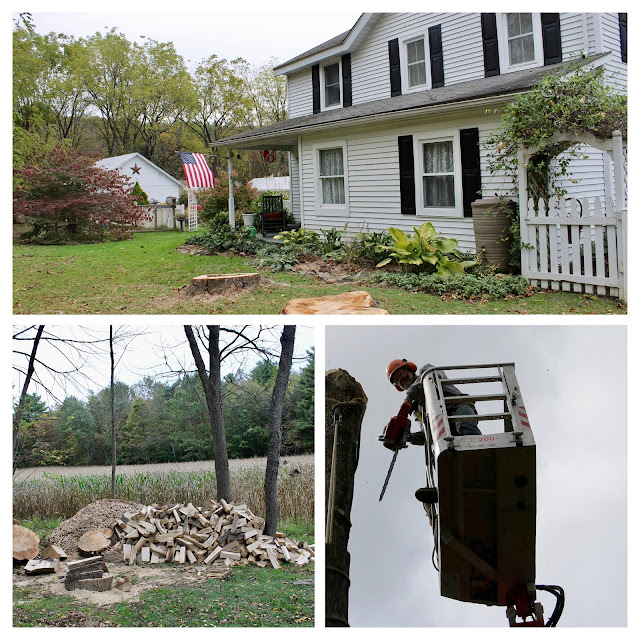 The good news is that I had a letter from the Pennsylvania Horticultural Society saying they awarded my garden a blue ribbon in their annual garden contest.  I will receive a 2019 plaque for my garden -- I've received two before -- you can see them in my sidebar. I feel very honored.

NOVEMBER
By the beginning of November, I had put most of the garden to bed. I left many perennials standing to provide protection for insects and other wildlife. The growing season wa
s over in the Pocono Mountains of Pennsylvania.

DECEMBER
We've not had too much snow as yet. Yesterday started warmer than average with heavy rain showers and strong winds. A cold front moved in during the afternoon resulting in some alarming flashes of lightening and loud claps of thunder. We have snow flurries forecast later today. It seems like we have three or four seasons in the space of 24 hours. Crazy weather. 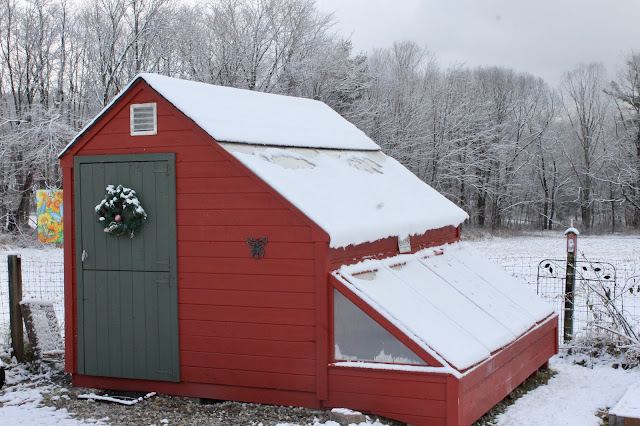 Yes, 2019 was very wonderful in spite of some setbacks. How was your year?

I love reading your comments. I hope you leave one so I’ll know you visited!
I look forward to visiting your blog in return.
Posted by Pam's English Garden at 12:20 PM