Successes and Failures in the Cottage Garden 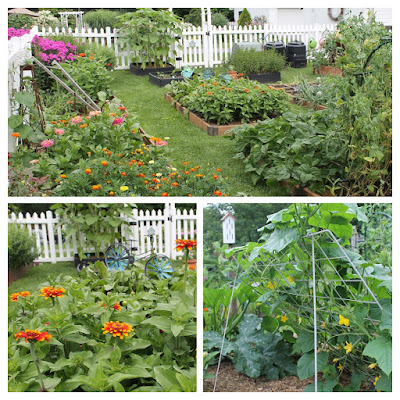 The new projects and changes we made to the gardens last year were generally successful, but there were some failures, too.  This is a good time to assess what happened and make plans for the 2018 gardening season.

Kitchen Garden
The big change to the vegetable garden was the cold frame that we added onto the potting shed. This was a resounding success. I planted some cold-weather crops in there near the end of the season and had Swiss chard, lettuce, and cabbages well after the first frost. I look forward to an early spring harvest from the cold frame. 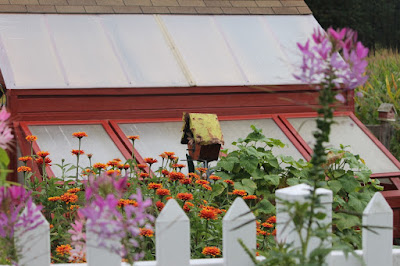 We enjoyed a bountiful supply of vegetables from the raised beds, shown in the collage above. Cucumbers, zucchini, bell peppers, beans, snow peas, red beets, and onions, all our old favorites, produced more than enough for the two of us. I added garlic and leeks, too, last year. The tomatoes were not a success, however. They took too long to ripen with the cool, cloudy summer we experienced. When eventually they turned red they were not firm or tasty. Previous years I've had more success with cherry and plum tomatoes than with the 'Beefsteak', so this year I'll go with the little fellows. I've bought most of my vegetable seeds already; planning and diagramming the kitchen garden is my next gardening task. 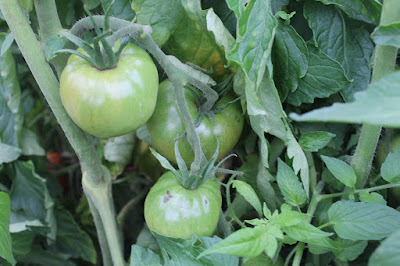 Pond
Another successful project was adding the skimmer to the pond. The water was so much clearer than previous years. When we closed the pond in the fall, we took out the water irises and other plants. I usually divide them at that time, but they were so out of control (with great masses of roots splitting the sides and bottoms of the pots) that I decided to compost them and start over next spring. I know that was the lazy and more expensive solution, but I couldn't face the mammoth task. Splitting the clay potting medium requires strength, and that's what this old body is lacking. And planning a new water garden is something to look forward to.


Cottage Garden
Most of the new plantings in the herbaceous border were enormously successful. The smoke bush and potentilla I especially love. The foxglove bloomed from June until fall. So beautiful. I am praying it comes back this year in spite of the cruel winter we are experiencing. The bare root delphiniums that I planted the previous fall did not come up. I was so disappointed, and bought plants at a garden center in the spring. They didn't have the giant ones; the ones I bought were pretty but not very tall. I already ordered giant delphinium plants to be delivered this year. I feel strongly that an English cottage garden should have tall delphiniums.


One unexpected success: I was delighted that the hollyhock leaves had no rust. I don't know why, but I'll take it.


Abundance Garden
Abundance 'does its own thing.' I allow the plants to spread, but when they get too big I have to act. The Joe Pye, although a dwarf variety, engulfed a clethra shrub. I must move the shrub to where it will have its own space. One of my biggest mistakes is planting stuff too close together. I have quite a lot of moving to do this spring.


The sunflowers were both a success and a failure. They were stunning when they came into bloom, taking 'Best in Show' at the West End Fair. Then the sunflower stem borer attacked again and killed the lot. This happened the previous year and I thought I had cleaned up the beds thoroughly. Of course I didn't plant last year's sunflowers in the same spot. I burned the damaged plants and cleaned up again. I'm not planting sunflowers this year; maybe a year's break will help get rid of the pests. 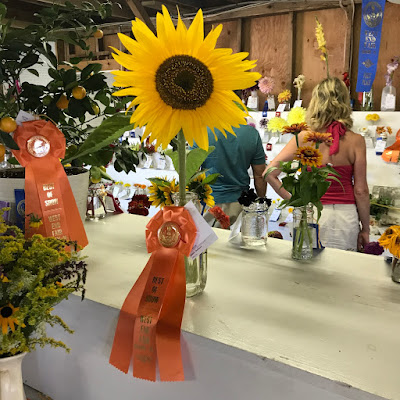 My roses and clematis were very poor in 2017 because of excessive rain, I think, as neither plant likes wet feet. I cut back the two clematis climbing the arbor over the kitchen garden gate because they looked so ratty. I wasn't sure if pruning them at that time would cause damage, but one of them came back and bloomed in the fall. I hope they both return and bloom well this year.


Serenity Garden
Serenity was worrisome as I continued to try to repair the damage caused by the removal of the white birch tree. Many plants were trampled by clumsy feet; some were scorched by the sun when their precious shade was removed. I relocated some of the shade lovers to a new foundation bed, but that didn't help as the west-facing area now receives hot, afternoon sun. I decided to plant some sun-lovers in the former shade bed, specifically all white blooms to create a moon garden. That proved to be a disaster when another maple tree 'cleverly' increased its canopy, so that shade was restored to the location. Oh dear, I moved plants again. But I'm glad to say, by the end  of the season, Serenity was looking more serene again.

Woodland Walk
As I said, I have even more plants to move to a more favorable location. In the Woodland Walk, the ligularia that my friend, Peg, gave me, isn't growing bigger and hasn't bloomed.  It needs more sun. I haven't yet decided where to put it.

Finally, my 2017 window boxes were a failure. I tried growing petunias from seed without much success. I didn't even take a picture, they were so unimpressive. This year, I'll buy young plants from my favorite supplier.

A few plants to buy but no major projects planned this year. What is on your to-do list for the new gardening season?

I love reading your comments. I hope you leave one so I’ll know you visited!
I look forward to visiting your blog in return.
Posted by Pam's English Garden at 10:09 PM