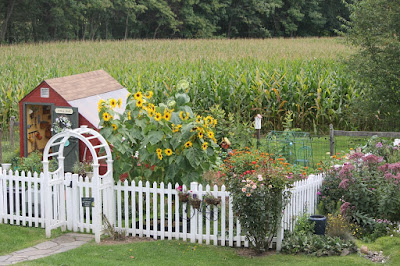 My gardens are a tangled mess -- well, most of them. The echinacea's heavy cone-like flowers are bowed down among the shasta daisies; morning glory vines wind around hydrangea and obedience; zinnias squabble with the marigolds dashed down by rains. Never-the-less, I went outside with my camera to record the end of summer vistas and, I'm glad to say, the resulting pictures don't show all the jumble.  I intended posting on the last day of August but the deadline for my September newspaper article took precedence. I am, however, linking with Steve who now hosts the meme 'End of Month View' at Glebe House Garden. Sorry I'm a bit late, Steve, and thanks for hosting. (Do check out Steve's amazing garden in England.) I have so many photographs, I will try to group as many of them as possible, and cut down on my narrative to keep this post manageable.

The Kitchen Garden continues to produce tomatoes, beans, peppers, and the occasional cucumber, but it is totally dominated by the stand of sunflowers that bloomed so late. The aforementioned zinnias and marigolds in the cutting garden (housed in the Kitchen Garden) are providing lots of color. I planted some cold-season veggies in the cold frame. I'm hoping to have produce for several more weeks, but with temperatures 10°F below normal for the time of year the seeds are slow to germinate.


I am so happy with Joe Pye Weed 'Baby Joe.' I'm glad I purchased the miniature and don't have to strain my neck to see its fabulous blooms.


With the cool wet summer many plants bloomed late or continued blooming longer than normal. Cleome flowers are usually done by now but they are looking fabulous.


My roses didn't do well this summer because it was too wet for them. The 'Peace' rose looks good today though.


There's still activity in the Cottage Garden border as you can see in the following pictures.

On the patio the herb garden is still very productive and the canna lilies bloomed at last -- I'd given up on them.


The pond garden is also a tangled mess. Closing it will be a challenge with so many plants needing to be repotted.


The Serenity Garden is lovely again; now fully recovered from the trauma of the felled tree.


You may wonder why there are no pictures of the Woodland Walk. I was afraid to enter it because Billy was acting strangely -- he was very spooked, wouldn't eat, and just stood there staring toward the back of the paddock. I feared a bear was somewhere near. Billy is a very good 'bear forecaster.'

I hate to see the end of summer -- it flew by this year. In my garden there is a definite feel of autumn in the air.

The breezes taste
Of apple peel.
The air is full
Of smells to feel -
Ripe fruit, old footballs,
Burning brush,
New books, erasers,
Chalk, and such.
The bee, his hive
Well-honeyed hums,
And Mother cuts
Chrysanthemums.
Like plates washed clean
With suds, the days
Are polished with
A morning haze. 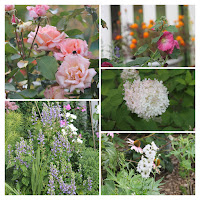 I love reading your comments. I hope you leave one so I’ll know you visited!
I look forward to visiting your blog in return.
Posted by Pam's English Garden at 1:09 PM

My Award-Winning Garden: The Pennsylvania Horticultural Society Twice Awarded it the Blue Ribbon 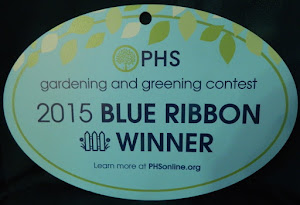 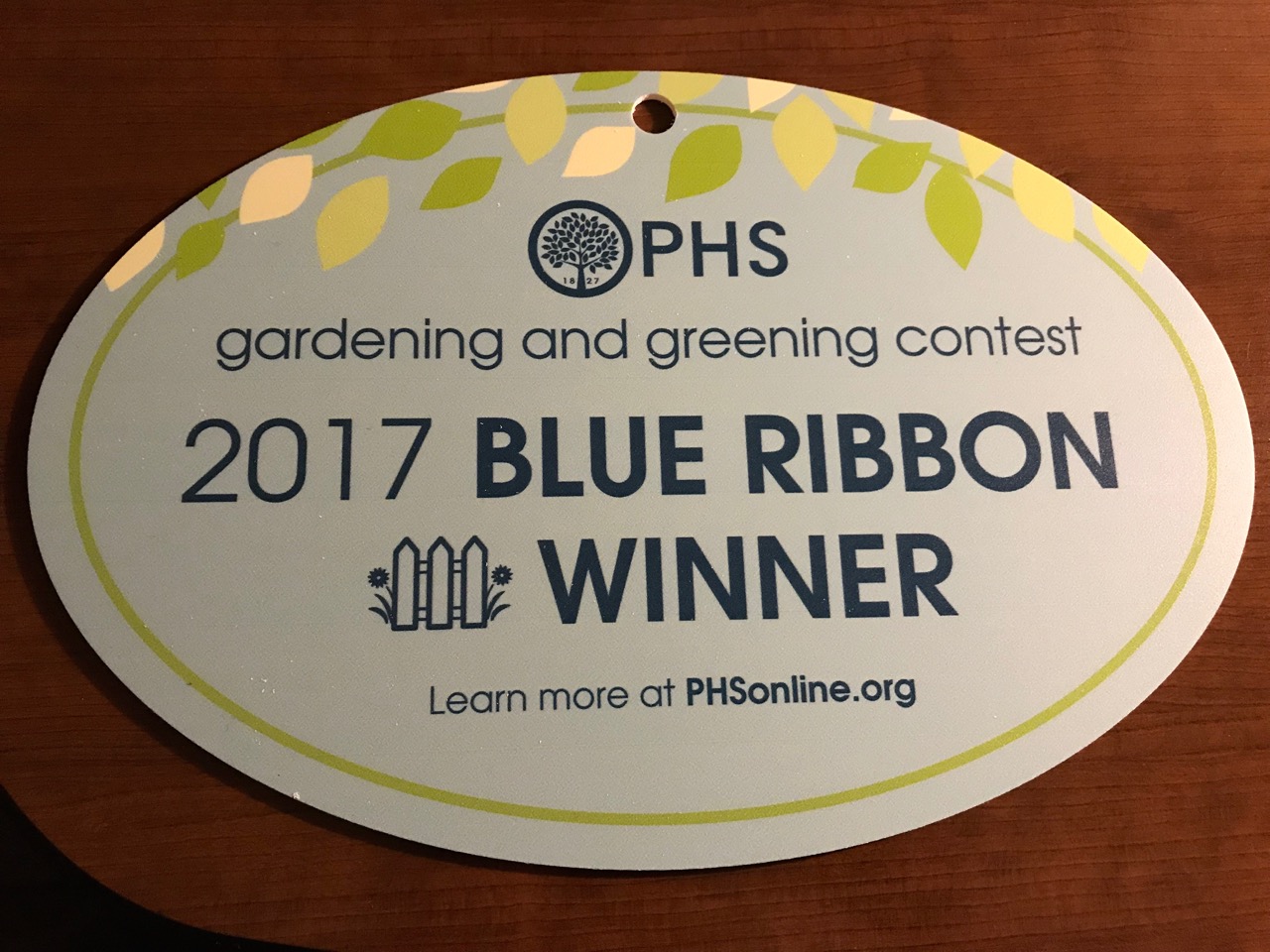 Click on image for my blog posting about it