My Garden Year in Review

“Every garden has the potential for perfection because it will never be finished, because the elements that make it a garden … are in constant flux and you can never step into the same garden twice.” --  Frank Ronan

My 2014 garden peaked at the end of July, late but lovely, with an abundance of cleome that I planted to replace the diseased purple cone flowers.  The cleome, meant to be a stopgap while waiting for the newly planted bee balm to fill out, will undoubtedly reseed itself everywhere -- a good thing as the bee balm succumbed to powdery mildew, so I yanked it out. I enjoyed several gardening successes (such as the cleome) and some disappointments (like the bee balm) but all-in-all it was a great gardening year.

The year began with the customary seed starting. I sowed trays of annuals and vegetables in the house, eventually moving them to the potting shed, then into the garden after the last frost date. All thrived, especially the snapdragons. It was an excellent year for snapdragons.


As soon as the ground was no longer frozen, I began my biggest project for 2014, reworking the small round bed at the foot of the deck. Gooseneck loosestrife had crowded out other plants, therefore it had to go.


I took the opportunity to expand the flowerbed and to plant native plants - non-aggressive ones, of course.  The resulting new Horseshoe Garden is the topic of my next posting. It is too early to say if the horseshoe bed is a success as a whole, but the snapdragons I planted at the front edge were stunning and I intend to grow them from seed again next year.

Spring was late, and so very welcome!...


I lost roses to the harsh winter. The yellow Knockout was the only prolific survivor, but Japanese beetles consumed most of the blooms. Roses are such a challenge in this area. 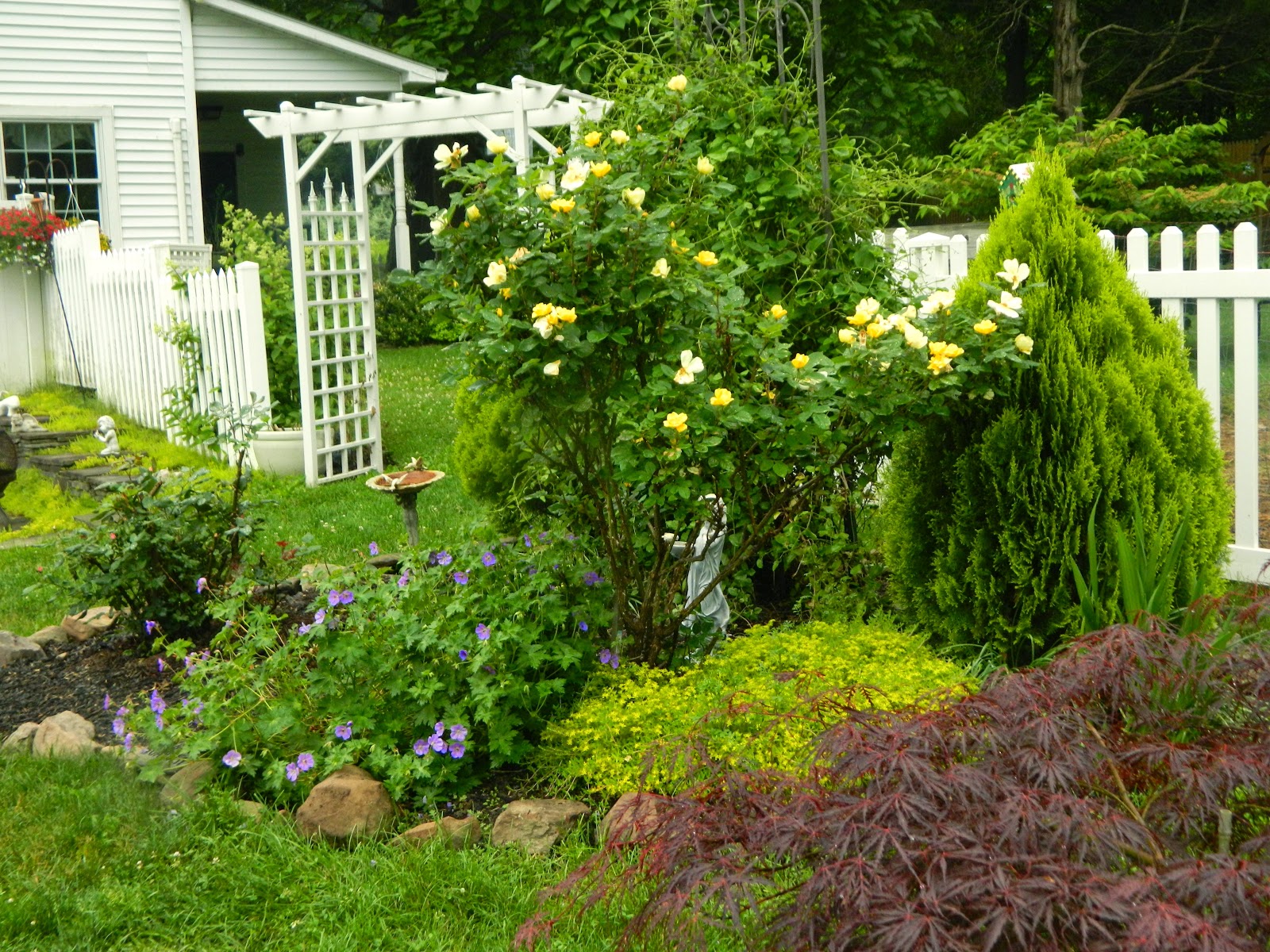 With the late-July peaking of the cottage garden, the pond came into its own. The water stayed very clear all season, because of the cool weather. Also, we shaded the pond with a beautiful lotus plant. I love those big, umbrella leaves. Hopefully, it will flower next year if we are successful with its overwintering. 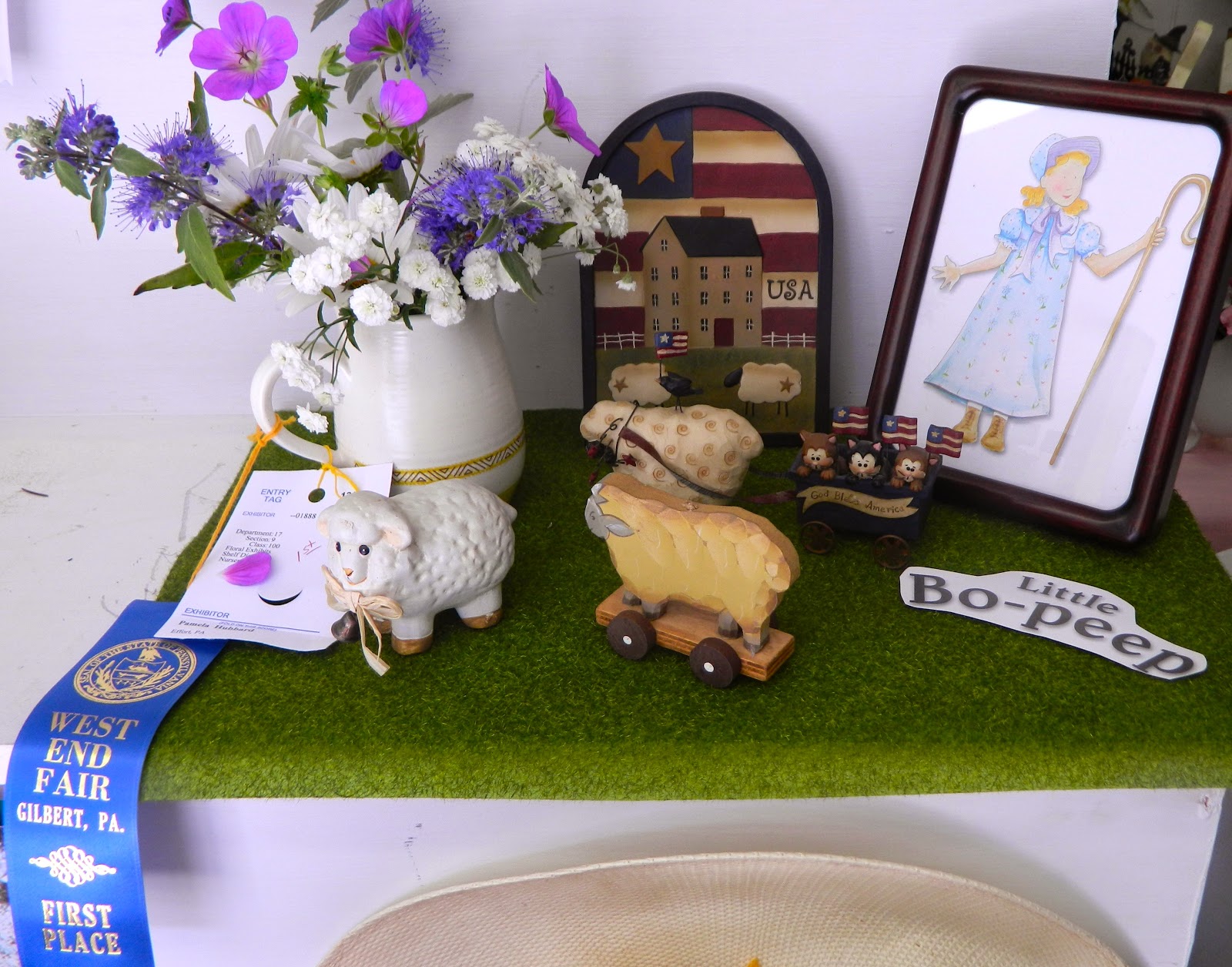 On the down side, powdery mildew was rampant, infecting several blooms and vegetables.

I did not see many monarch butterflies in my garden this year, although I planted more milkweed. I do hope 2015 will see their return.


New for 2014 were the miniature gardens my grandson and I created. We plan more for next year. 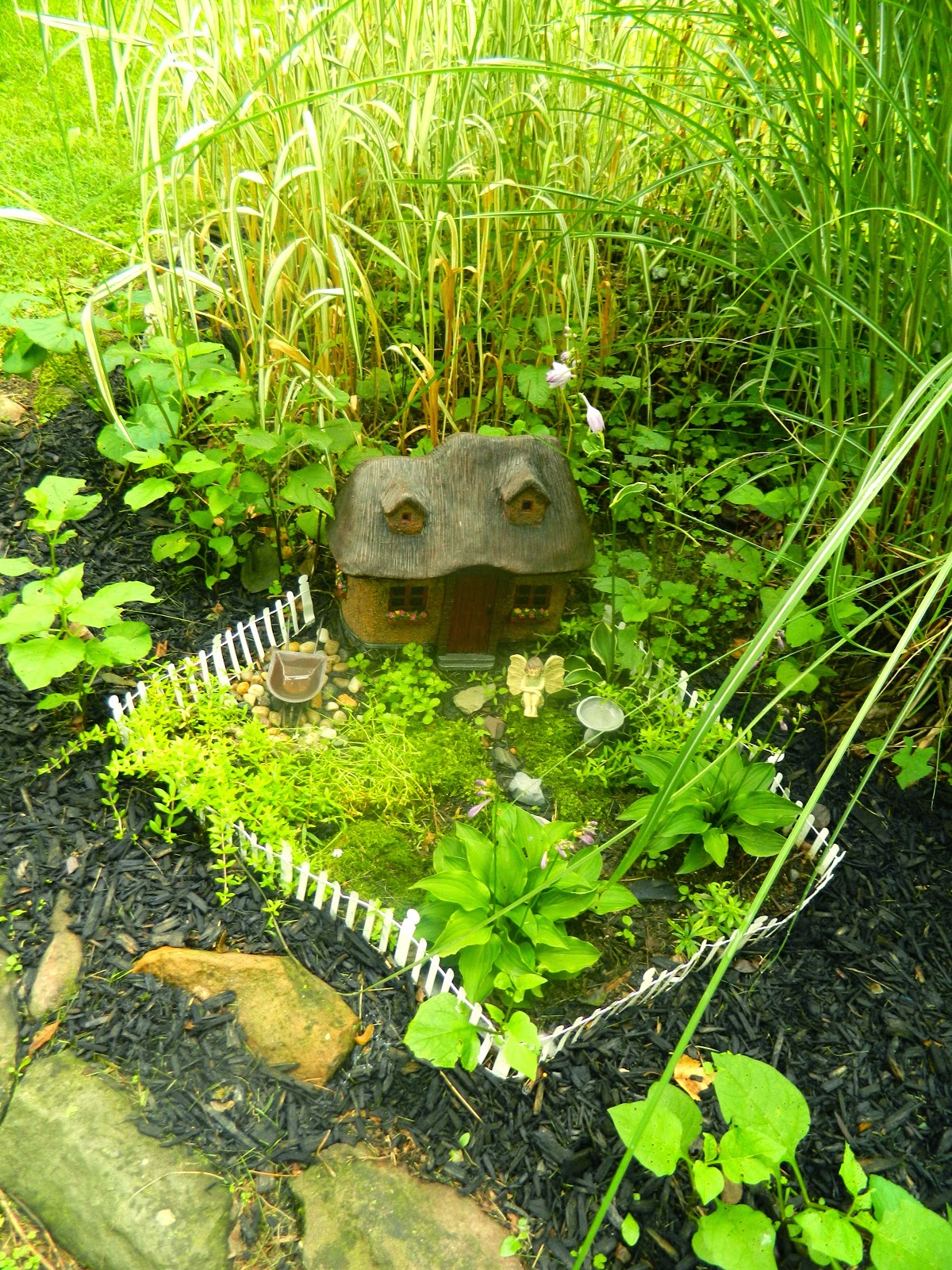 
In addition to more fairy gardens, there will be new spring flowers, as I planted 200+ bulbs. Daffodils will greet you on each side of the path to the front door. Hopefully, there will be tulips and crocuses in the entry garden -- if the squirrels didn't get all of them. Also, I planted alliums in the cottage garden.

There are a couple of challenges:

First, we now have a large, ugly, whole-house generator in the stone garden. I am so happy to have the generator for when/if another hurricane hits and knocks the power out, but I need to find some way to disguise it. Maybe plantings, picket fencing or pots of flowers? There's not much space there, so I don't yet know what I'm going to do.

Secondly, a skunk knocked over the 'naked lady' (as my grandchildren called the statue) in the shade garden and it smashed into small pieces. I'm fairly certain it was a skunk because some creature had pushed over a large pumpkin I placed nearby and the pumpkin had a hole in it shaped like holes a skunk makes. Also, the lawn nearby was covered with skunk holes. The challenge is to find a focal point that's not too expensive and creates a similar mood. I'm looking.

Not a perfect gardening season, but pretty close to it. And to use the mantra of all gardeners, 'There's always next year.' I think you understand when I say I credit my garden with helping me survive a very difficulty year fraught with sickness and loss. I love my garden. I am indeed blessed to have it.